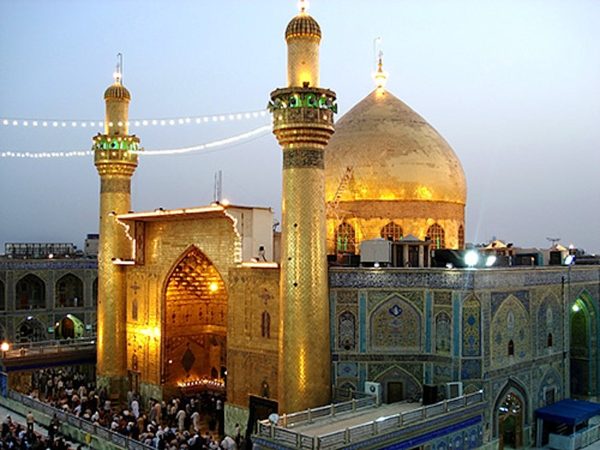 United World Travel has an excellent reputation as a professional provider of religious tours to Iraq.

We strive to provide every customer with a comfortable and enjoyable tour, allowing them to focus on their experience.

Our Iraq travel packages include standard visa arrangement, return flights, transportation and a choice of accommodation and meals to suit your budget.

Ask about our add - on packages.

As heir to the  civilisations of Mesopotamia and Assyria, Iraq can rightly be considered one of the cradles of humanity and culture, through the long succession of Sumerians, Akkadians, Elamites, Babylonians, Assyrians, Medes, Persians, Greeks, Sassanids and Abbassids.

Even today Iraq remains faithful to the longstanding tradition of the cultural melting pot.

Our tours to Iraq will enable you to visit some of the world’s most important religious andarchaeological sites.

Around 762 A.D., the Abbasid dynasty became the rulers of the vast Muslim world and moved the capital to the newly-founded city of Baghdad. Over the next five centuries, the city would become the world’s centre of education and culture.

This period of glory has become known as the “Golden Age” of Islamic civilisation, when scholars of the Muslim world made important contributions to both the sciences and humanities: medicine, mathematics, astronomy, chemistry, literature, and more.

Under Abbasid rule, Baghdad became a city of museums, hospitals, libraries, and mosques.
Most of the famous Muslim scholars from the 9th to 13th centuries had their educational roots in Baghdad.

One of the most famous centres of learning was Bayt al-Hikmah (the House of Wisdom), which attracted scholars from all over the world, from many cultures and religions. Here, teachers and students worked together to translate Greek manuscripts, preserving them for all time. They studied the works of Aristotle, Plato, Hippocrates, Euclid, and Pythagoras. The House of Wisdom was home to, among others, the most famous mathematician of the time: Al-Khawarizmi, the “father” of algebra (which is named after his book “Kitab al-Jabr”).

Islam is the main religion of Iraq, although comprising both Sunni and Shia groups, and the major pilgrimage destinations with their holy sanctuaries attract vast numbers of pilgrims every year.