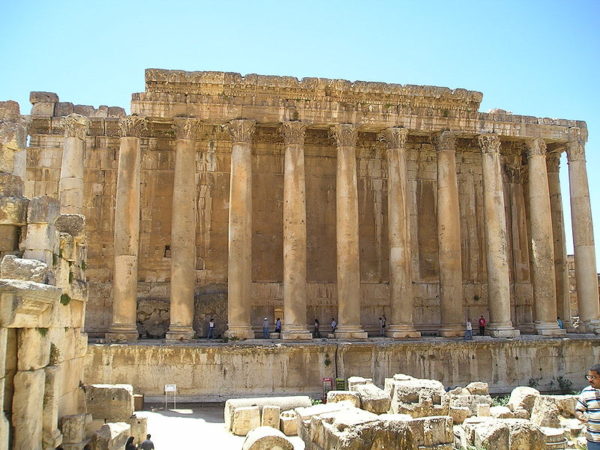 Enter and explore a land of beauty and charm, rich with ancient treasures. Lebanon offers so much for those seeking exotic cuisine, breathtaking scenery, the most elaborate fashion and the fine fashion, culture and lifestyle. A tour filled with immense opportunities to see one of the most loved destinations in the Middle East.

Airport – Beirut Arrival to Beirut. Meet and assist by our representative. Transfer to the hotel in Beirut. Check in & Overnight.

Beirut – Deir el Kamar – Beiteddine – Beirut. Breakfast at the hotel. City tour of Beirut, the Lebanese capital, which symbolizes the ever-beating heart of Lebanon that has refused to be stilled for centuries. Today’s city is a vibrant, stylish metropolis, with all of the fun, fashion, and flair that a city lover could look for. All over the city, sleek, modern buildings are springing up, alongside arabesque Ottoman and French-style buildings, giving Beirut a unique style that is all its own. Take a leisurely stroll through the Beirut Central District (Solidère) and marvel at the ornate, beautifully restored buildings with their arabesque yellow and pastel stonework, graceful arches, and wrought iron scrollwork. Along the way, discover the ancient ruins of Roman baths, markets, and buildings that have recently been uncovered and left exposed. You will visit the National Museum. Free time for lunch. In the afternoon, proceed to the Chouf area.. A beautiful drive into the mountain South East of Beirut brings you to Deir El Qamar, a village of white houses and red tiled roofs. Continue to the Beiteddine Palace, Lebanon’s very own Alhambra with richly decorated ceilings, colorful marble mosaics, luxurious Turkish baths and Harem suites in a setting of beautifully groomed gardens. A folkloric museum occupies one wing. In the Palace’s renovated stables is an exquisite display of mosaics from a ruined Byzantine church and other structures of the same period. Return to the hotel in Beirut. Overnight at the hotel.

Beirut – Tripoli – Cedars – Beirut. Breakfast at the hotel. Departure to the North. Visit of Tripoli, North’s major city and tourist site. In Tripoli the sites of historical interest date from the Crusader and Islamic periods. Of most interest are the Great Mosque, formerly the Crusader cathedral, the port area, and the Crusader Castle of St. Gilles. Drive to the Cedars. Lunch in a local restaurant in Becharreh. Since the first days of recorded time, Lebanon is known as the land of Cedars, and it is still the emblem decorating its flag. Return to Beirut and Overnight at the hotel. N.B: In case this day falls a Friday, the visit of Tripoli will be replaced by Qadisha Valley along with Gibran Museum as souks are closed in Tripoli.

Beirut – Byblos – Beirut. Breakfast at the hotel. Departure to Byblos, the most ancient port in the world, and the perfect introduction to the many layers of civilization that has existed in Lebanon from at least the fourth millennium BC. Walk around the ruins from the Phoenician period from where King Ahiram’s sarcophagus was found, its inscription using the first ever alphabet. Also see the curious temple of the Obelisks dating from 1800 BC and the remains of a palace from the Persian occupation, the Roman Theatre and Nympheum, the well- preserved Crusader castle of 1108; the Crusaders’ Church of St. John and the surrounding streets and souks. Return to Beirut. Free time for lunch. Free afternoon for shopping. Optional: Jeita – Harissa. Departure to Jeita. Visit the grottoes, Lebanon’s natural miracle, a striking nine kilometers labyrinth of galleries on two levels. The lower, river level offers a unique tour by flat-bottom boat past “weeping willows” and gigantic stone flowers. Equally striking is the upper grotto where monstrous mineral animals crouch in shady corners. Pass by Harissa for a visit of Our Lady of Lebanon and enjoy a beautiful view over the bay of Jounieh. Return to Beirut. Overnight at the hotel.

Beirut – Baalbeck – Ksara – Anjar – Beirut. Breakfast at the hotel. Departure to the Beqaa. You’ll visit the temple complex of Baalbeck which is made up of Jupiter’s Temple, Bacchus Temple adjacent to it and a short distance away the Temple of Venus. Lunch. Proceed to Ksara. In the heart of the Bekaa, lies the Ksara estate. Fortress at the time of the Crusades, the Jesuit Fathers acquired the property in 1857 when it was already famed as a vineyard and they perpetuated the tradition of winemaking. Today, Ksara produces wines with strong personalities, achieving a rare condition of dry fruitiness, delicacy and robustness. Continue to Anjar to visit the Umayad city. Return to the hotel in Beirut. Overnight.

Beirut – Airport. Breakfast at the hotel. Check out from the hotel. Transfer to the airport and assistance for departure.